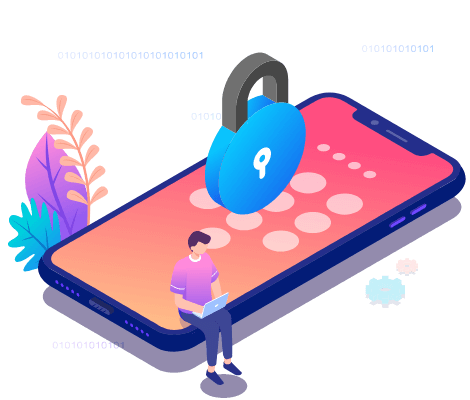 Regret Updating Your iOS Software? Here Is How to Downgrade from iOS 14

Apple releases new iOS versions every once in a while, most people will update to the new version (public or beta version) in expectation of the new updates and improvements. While, sometimes people may find the new version buggy and can't get used to the new iOS version, and want to downgrade from this iOS 14 or remove the iOS 14 beta. The solution varies depending on the version you installed. This article explores how to downgrade iOS.

Part 1. How to Downgrade iOS to an Older and Signed Version

Apple will soon stop signing the older version within about one week after releasing new iOS software. If you regret your update in one week, there is a chance for you to downgrade iOS to the last version. If Apple is still signing the old version, you can downgrade it with thisiPhone unlock toolEaseUS MobiUnlock.

Note: The backup you created with the new version may not be compatible with the old version. If you have a backup with the older version, you can restore it after downgrading iOS. But you will lose the content you added later. To avoid data loss, you can make a backup of photos, videos, contacts, messages, and audio with EaseUS MobiMover. Read here for how to back up iPhone without iTunes.

Below is how you can downgrade iOS to the last version.

Before you get started, please visit ipsw.me, choose your device model, and download the supported iPSW file to your PC. Then follow the steps below to install this signed iOS software on your iPhone. 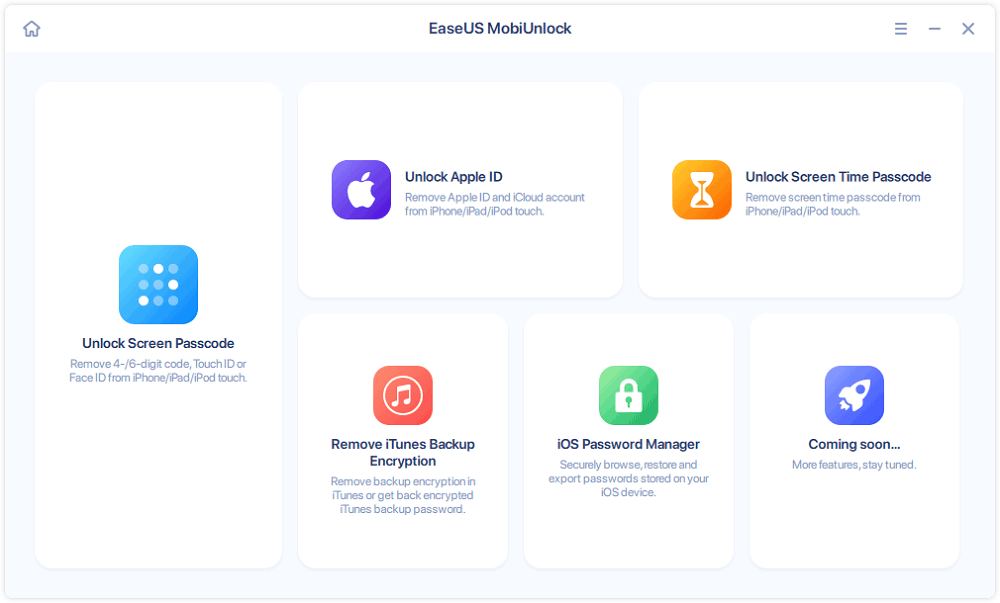 Step 2. Once your device is detected, click "Start" to proceed. 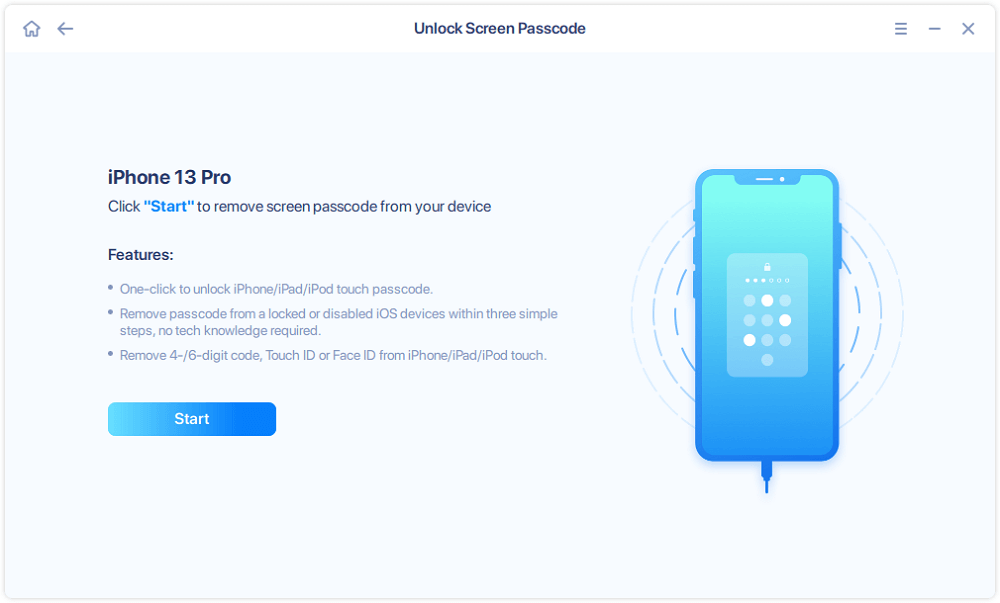 Step 3.  Check your device model and click "Next" to download the firmware for your device. If you have downloaded one to your PC, you can select the firmware package by clicking "Select." 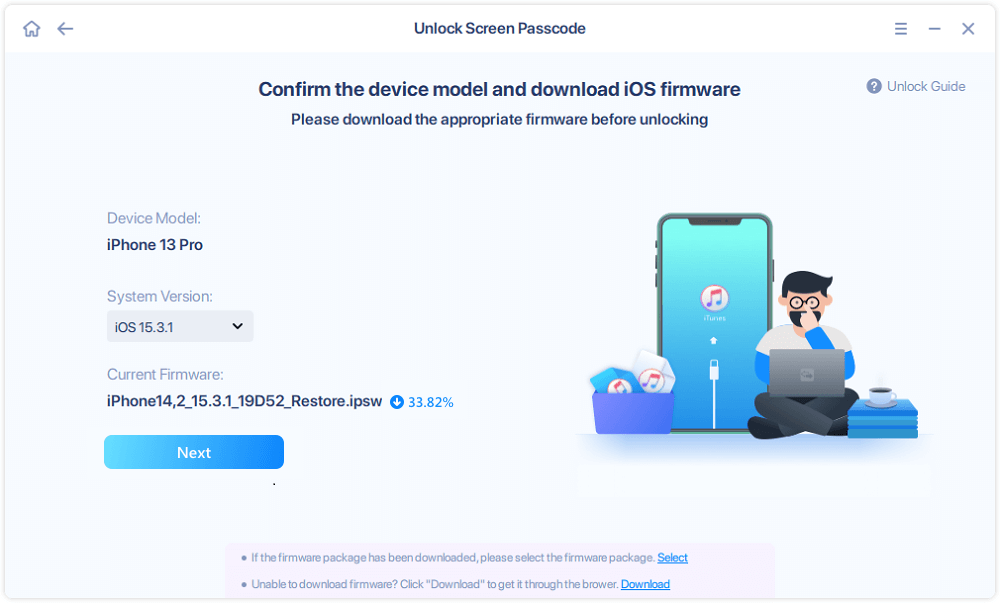 Step 4. When the firmware is ready, click "Unlock Now." Then, a warning screen will pop up to let you enter the required information, just do as it asks and click "Unlock" again. 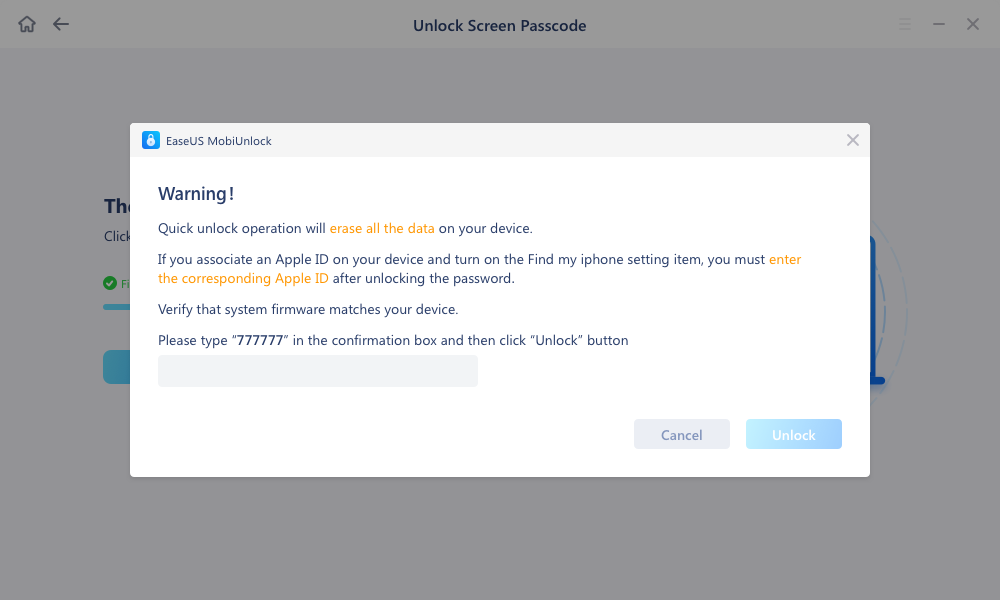 Step 5. Wait for the installation to complete. Then, the signed iOS version will be installed on your iPhone or iPad. 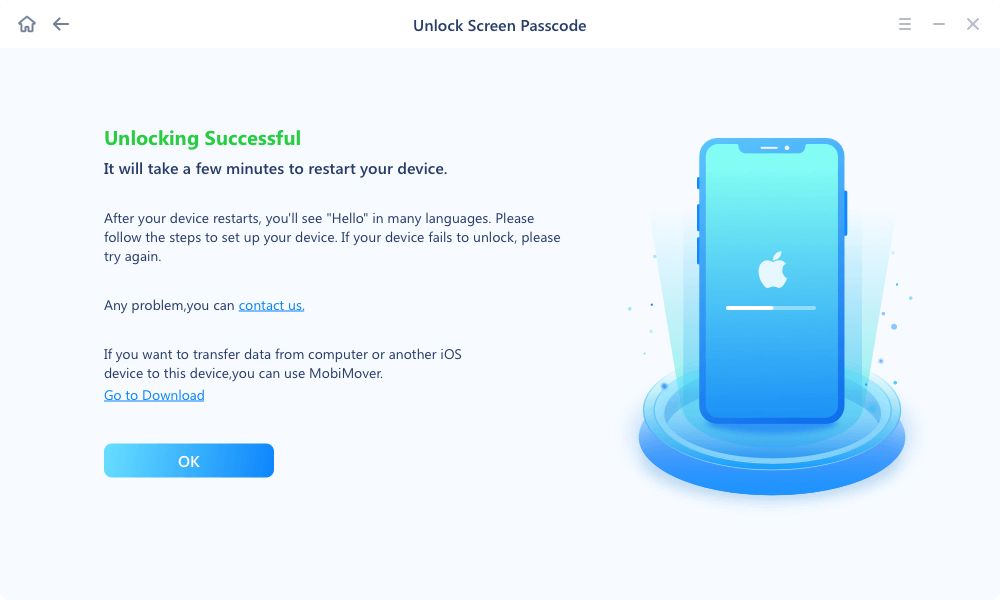 If you are testing the iOS beta software like the latest iOS 15 and 14.7, but find it buggy (this is common for a beta version), you can downgrade iOS to the previous non-beta version by completing two processes respectively. The first one is to remove your beta profile. Either developer beta or public beta will prevent you from receiving new version update notice. The second process is to restore your iPhone to uninstall the beta version and install a non-beta version.

Then process only removes your beta profile and allows you to get iOS software update notices. You are still having an iOS beta version on your iPhone. To downgrade to an older version, you need to erase and restore iPhone.

Method 1. Downgrade from iOS 15 to 14 with EaseUS MobiUnlock

If you intend to take off iOS beta software and install the current version of iOS, EaseUS MobiUnlock does the work for you by installing the latest iOS in several clicks. If you are having iOS 15 beta version, this process will remove it and get iOS 14.7 on your iPhone.

Step 1. Connect your iOS device to the computer and launch EaseUS MobiUnlock. On the home page of this program, select "Unlock Screen Passcode."

Step 2. Then, EaseUS MobiUnlock will start detecting your device. Once your device is detected, you will see a start button, click it to proceed.

Step 3.  Check your device model and click "Next" to download the latest version of firmware for your device. If the firmware has been downloaded already, select the package manually.

Step 4. After downloading firmware, click "Unlock Now." Then, you'll see a new warning window, which requires you to enter the information. Just do as it requires and click "Unlock" again.

Step 5. Wait for the installation to complete. Then, the latest iOS will be installed on your iPhone or iPad.

Apart from using a third-party application, you can also adopt iTunes as a way to help you restore your iPhone and uninstall an iOS beta version. See the steps below for details.

Step 1. Make sure you get the latest iTunes on your PC.

Usually press and quick release Volume Up button, and the same to Volume Down button, then press the side button until the device restarts and the recovery mode appears. For older devices, see here for how to enter the recovery mode.

Step 3. Launch iTunes and the Restore windows will appear automatically. Click "Restore iPhone" to install the latest non-beta version of iOS. Wait for the process to complete.

Step 4. After the restore finishes, your iPhone with be equipped with the latest public iOS version. You can set up your iPhone from an iTunes backup or backup made via EaseUS MobiMover.

The blog shares with you ways to downgrade iOS from the latest version and a beta version. You can roll back to the latest public iOS version at any time if you are having the beta iOS software. If you update to the latest iOS software, you get only a short time to roll back as Apple will soon stop signing the old version. You are not able to install an unsigned version in the normal and safe operation. Hope this article will be helpful to you. And be sure the new version matches your demand before you update to it.