Windows Server Migration Tools: How to Migrate Operating System to A New Server

Nowadays, hard drives are getting lighter, smaller yet the capacity bigger. Meanwhile, functions are more versatile but selling cheaper. It's no longer a dream for small companies to invest in a new server in a minute. Isn't it a great idea to find the best Windows server migration tool to transfer well-adjusted, stable and smoothly running OS with all applications to a new server?

Other top reasons you may want to migrate Windows server

You see, the Windows server disk image software is good at backing up the old Server operating system to an image file. And then, through the software, you can restore the backup image to a new computer with different hardware, and everything is maintained as it was: same machine ID, same domain name, same configuration, etc.

EaseUS Todo Backup provides a 'System Transfer' function to enable Windows Server migration to a new one. It supports Windows Server and PCs. Backup old Server OS to image first, and follow the steps and find out how to restore os to dissimilar hardware. 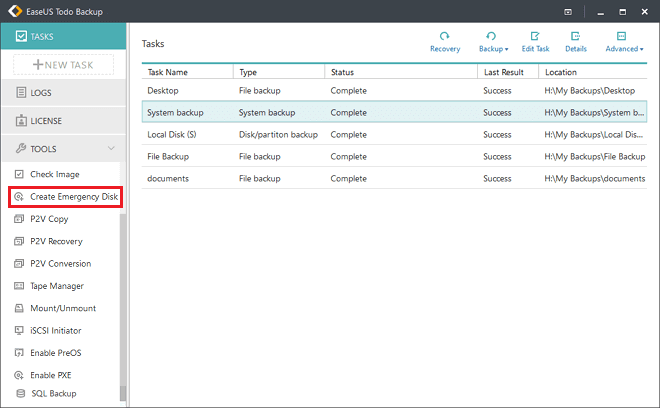 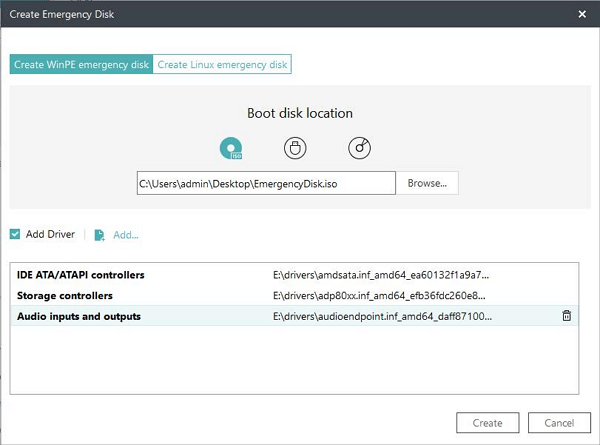 Tip: If you prefer a bootable CD/DVD, you need to burn the ISO image to CD/DVD with assistive tools like Nero. 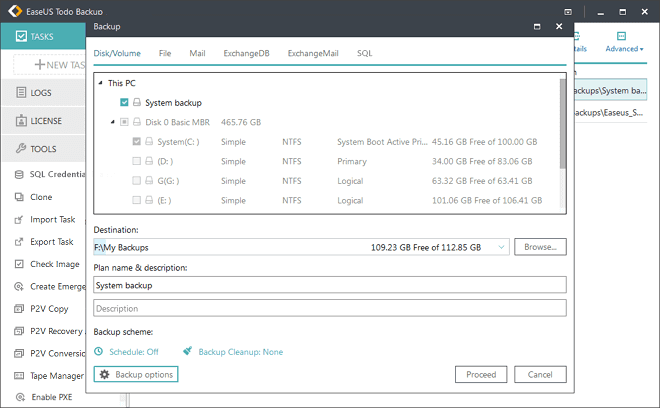 Step 3. Start to transfer system to the new server 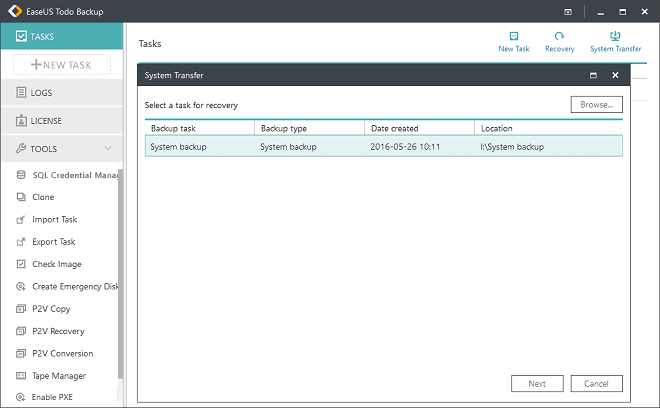 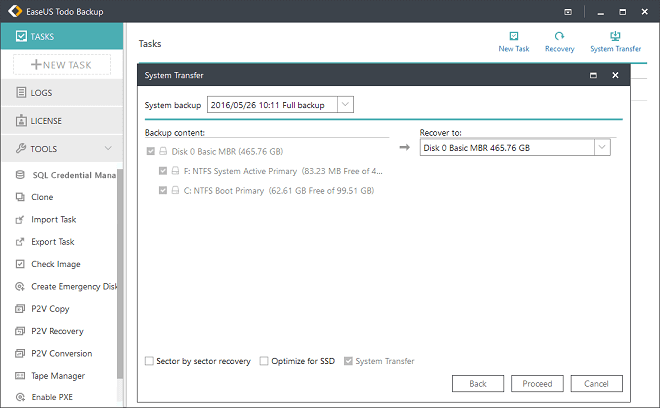 After all these steps, the Server OS will be transferred or migrated to new disk successfully. And then can remove the old disk and boot Server from the new disk now.

Daisy has been working as a technical writer for eight years. She specializes in making the complicated easy. She believes that technology should bring users satisfaction, not annoyance, so she writes a lot to help people overcome their tech troubles.