Backups vs. Antivirus: Have Both in One Tool

Securing important data is every computer user's wish. This article defines the importance of backups vs antivirus and why both are necessary.

2. What Does Antivirus Do?

3. Why Do You Need Both Backups and Antivirus?

4. Integrate Backups and Antivirus into One: EaseUS Todo Backup

Creating a backup has its benefits, but so does virus protection. Comparing the two is akin to securing your personal belongings. For example, if a burglar takes your prized possession, then a backup will surely come in handy. But, it would have been better if there had been security to stop the burglary.

The same could be said of data backups and antiviruses. If an antivirus can stop viruses from attacking your data, then there’s seldom any need for backup. However, what happens if your data is damaged or lost in case of hardware failure?

That's when antiviruses can do nothing, and a backup made by a third-party tool like EaseUS Todo Backup can come in handy. So, let's dive in and analyze the merits of backups vs. antivirus.

What Does Backup Do?

A backup is copying data in case of hardware or virtual failure. Many people create backups to ensure the swift recovery of important data, including work files, personal photos, documents, etc. The primary causes of data failure can be as such data corruption, accidental deletion, hardware failure, software failure, or accidental rewrite/replacing of the files.

In such cases, data is lost unless you have a backup. That’s why creating backups is imperative, as it can help you recover files easily. The primary job of a backup is to be a secondary element in case primary data is lost. The three main types of backup include full, differential, and incremental:

While the security of websites and other platforms has increased exceedingly over the years, spam, malware, and other stuff of the sort still skip past security sometimes.

What Does Antivirus Do?

An antivirus program can help you secure your computer from malicious threats. These threats could be spyware or malware that might leak information or corrupt your data. The most common problems caused by viruses include slowed-down performance, corruption of important data, leak of personal information, etc.

There are many other types of viruses, but these are the most common culprits found in computers today. Furthermore, these are the kind that threatens your data the most. Apart from security features that will be on by default, Windows 11 need antivirus software to protect against data loss and other mishaps.

Why Do You Need Both Backups and Antivirus?

2. Swift recovery in case of a virus attack

Now that we know why backups are needed, let's talk about why antivirus is needed:

1. Keep your computer secure from malicious attacks and hacking tools such as key loggers, etc.

3. Avoiding malware or viruses that slow down computers & storage

As you can see, there's a pattern to understand here. Without antivirus, a backup is useless. Because until you get rid of the virus, extracting or restoring a backup will only cause your files to be lost again. On the other hand, if you only use antivirus, you risk your data being lost. Because even if antiviruses recover your computer, you don’t have a backup to restore your data.

The bottom line is that the two complements each other, and one without the other is ineffective, and you need both to secure your vital data, your computer, and everything important in it.

Integrate Backups and Antivirus into One: EaseUS Todo Backup

Now that you know the importance of both, let us help you make your life easy by introducing you to one of the unique backup programs available today. It's called EaseUS Todo Backup. The ability of this program is even beyond the reach of viruses.

The one word you need to remember is Security Zone, a separate partition that keeps your data secured with password encryption. It encrypts backups so that no type of virus or person can access it until they speak the magic word, i.e., your password. Furthermore, you can create backups and clone images of your important partitions. That means you can recover an entire partition without the hassle of individual file recovery.

You can follow the steps below to create a security zone: 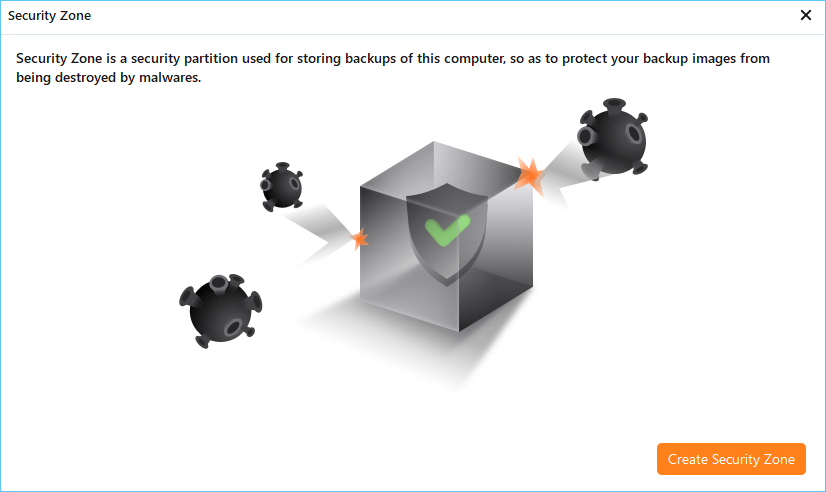 Step 3. Choose a partition and use it as a security zone partition. Click "Continue". 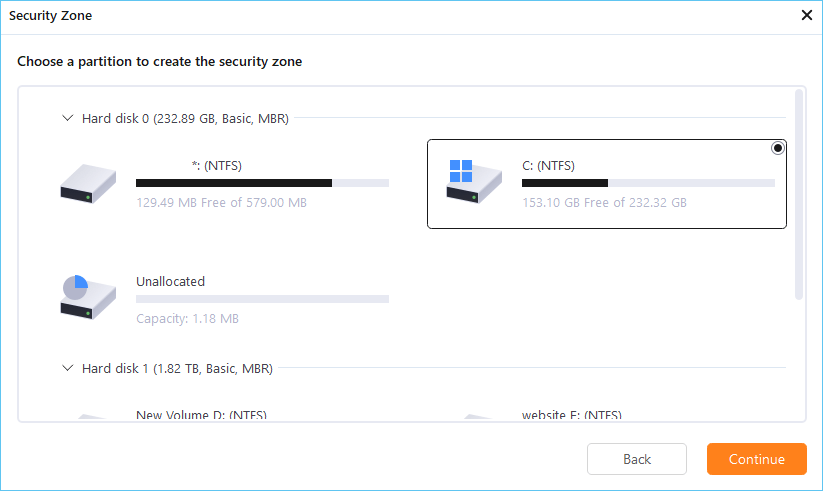 Step 4. Adjust the partition size of the security zone and click "Create". 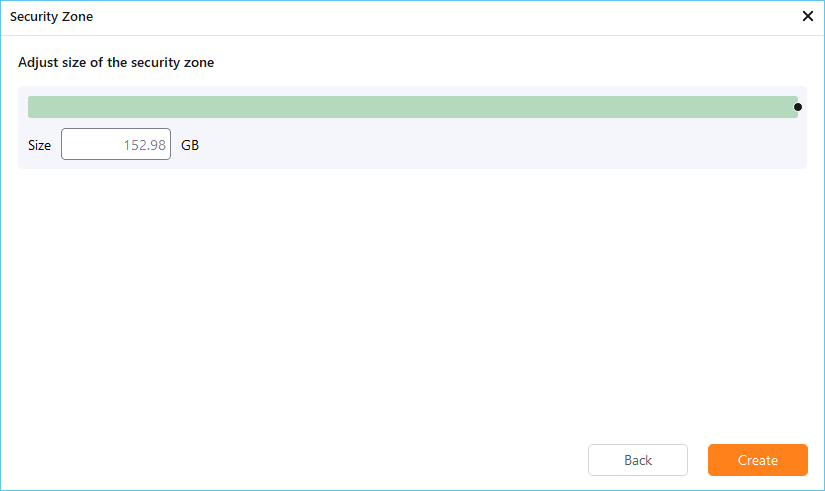 Step 5. After creation, you can continue clicking "Set Password" to add one more layer of security over the protected zone, and the password is only required when you need to restore the backup from the security zone.

1. Can a virus infect a backup?

Viruses can still attack your backup unless the backup has proper encryption like Security Zone in EaseUS Todo Backup. Moreover, using an antivirus with a backup tool can ensure double security.

2. How do I check for viruses on my hard drive?

You can use Windows Defender on a Windows computer or First Aid on a Mac to find viruses on your disk. Furthermore, you can use EaseUS Todo Backup on both Mac and Windows to create a backup.

Hope this explains why you need both antivirus and backups. Not only will it provide double security, but it will also ensure that your encrypted backup is secure as well. Let's download EaseUS Todo Backup to give your data double protection.