How to Install Games on SSD with Full and Detailed Guides

Should you install Steam games or Origin games on HDD or SSD? This page persuades people to install games on SSD, and teaches you how to move games from HDD to SSD without any hassle.

PC Gamers: Should I Install Games on HDD or SSD

Concern 1. Does it make any difference if I install games on an SSD or HDD?

Concern 2. If I install games on a solid state drive other than on a hard disk drive, will my fps or load times be faster?

Concern 3. I got a 1TB HDD that stores Windows, programs, and a few Steam games and I plan to purchase a 120GB SSD for all my games. Is it possible to move games from HDD to SSD without reinstalling again?

As you can see, these are some of the typical concerns from PC gamers. To install games on HDD or SSD really bothers a lot, because each type of drive holds merits. For example, a hard disk drive is traditionally large with capacity, and it's relatively cheap. The cost on a solid state drive might be extraordinarily high as the capacity grows, but the design of no moving parts make it perform faster and less noisy.

Still have no choice? Here I would persuade gamers to install games on SSD. In opinion, a solid state drive is well worth the cost for anyone running high-end hardware, as standard HDD storage is one of the slowest components in the loop; for game load times, generally, SSD results in faster load times (the data transfer speed of SSDs is over 400MB/s, which is significantly higher than that of HDDs' 170MB/s)across the board because of the drive's extremely low access time and latency, no hard drive grinding or files fragmentation issues.

Upgrade SSD for Games? How to Move Games from HDD to SSD

As soon as you determined to install games on SSD, hurry up to get one and put your games on it. Wait! I'm not talking a reinstallation of all your games, as we know that it's truly time-consuming to successfully download a game. Use EaseUS Todo Backup, the best disk cloning software ever, and it supports a single partition cloning. Just clone a partition where your games reside on to the newly purchased SSD, so you won't take the trouble to reinstall the games. You can start moving games from HDD to SSD now.

Step 1. On the main page, find and click "Tools". You can see clone and other utilities.

Step 2. Choose the source disk or partition, click "Next". 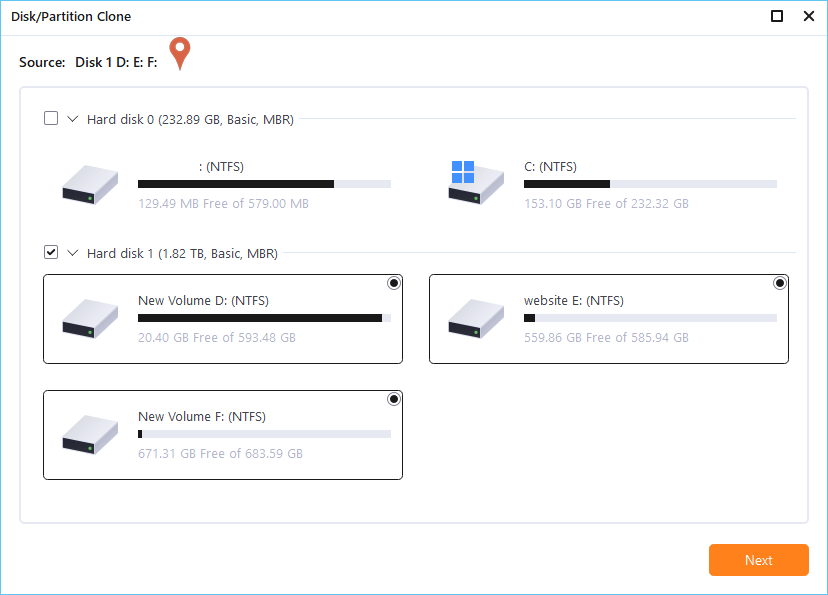 Step 4. A warning window will inform you that clone would permanently wipe out all data on the target disk/partition, if you want to start clone, click "Continue."